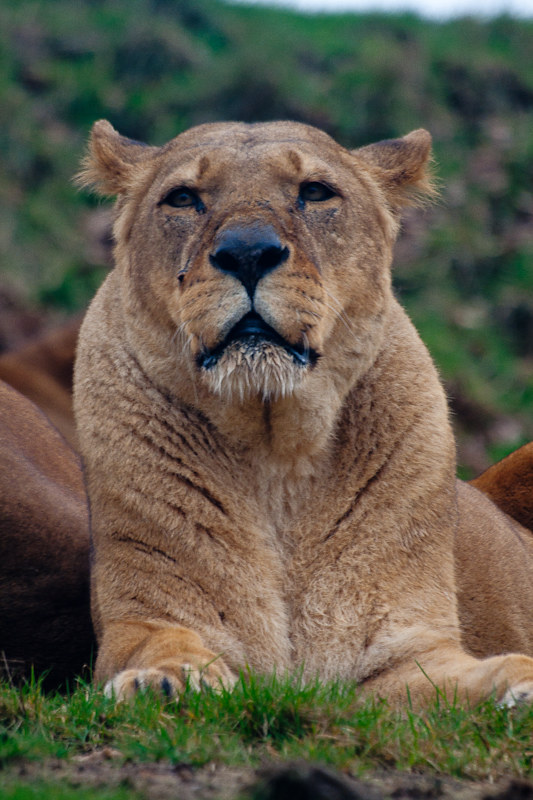 You’ll explore Tarangire National Park, the Serengeti, and the world-famous Ngorongoro Crater on this 7-day lodge safari on the northern circuit. While spending a night in standard mid-range accommodation, you will travel through breath-taking landscapes on challenging trails, experiencing nature and animals at its best (lodges or tented lodge camps).

Day 1: Arrival at the airport and transfer to Arusha.

Tarangire River. The river runs throughout the year and is a vital source of water for the animals of the region during the dry season. Lined with acacia and huge baobab trees, the river is regularly visited by the park’s large herds of elephants as well as other herbivores and carnivores.

You will be picked up from Kilimanjaro International Airport and driven to Arusha for dinner and an overnight. You will have the option of taking a walking tour through a coffee plantation or visiting Arusha National Park if time allows before your 7-day Adventure Safari begins.

Dinner and a night’s stay at Planet Lodge or a similar.

After breakfast at your hotel, your adventure begins today. You’ll leave Arusha for a two-hour drive to Tarangire National Park, which is famous for its massive baobab trees and large elephant herds.

Your game drive will begin with a rich vista of endless golden savannah surrounding the Tarangire River. During the dry season, the river runs all year and provides a vital source of water for the region’s animals. Elephant herds and other herbivores and carnivores frequent the river, which is surrounded by acacia and baobab trees.

A picnic lunch overlooking the river is a wonderful way to take it all in. Following your picnic lunch, you will go on an afternoon game drive where you will have the opportunity to see lions, leopards, Cape buffalo, giraffes, and a wide variety of antelopes. You’ll retire to your lodging for the evening once your day’s driving is completed.

Today, after breakfast at your hotel, your adventure begins. A two-hour drive from Arusha will take you to Tarangire National Park, which is known for its massive baobab trees and large elephant herds.

Your game drive will begin with a breathtaking view of the Tarangire River and endless golden savannah. The river runs all year during the dry season, providing a vital source of water for the region’s animals. Elephant herds, as well as other herbivores and carnivores, frequent the river, which is bordered by acacia and baobab trees.

A picnic lunch on the riverbank is a great way to soak it all in. After your picnic lunch, go on an afternoon game drive to see lions, leopards, Cape buffalo, giraffes, and a variety of antelopes. When your day’s driving is done, you’ll retire to your lodging for the night.

Many carnivorous predators and their prey live here. Grassy plains, dry savannah, and marshy woodlands make up the landscape.

The park is home to the world’s largest animal migration, and depending on the season, you may be able to witness this spectacular event. Wildebeest and zebra herds migrate from the northern hills to the southern plains during the short rainy season of November and December, before returning to the north during the longer rainy season of April to June. The location of the migrating herds is determined by the amount of rain that falls each year, but your guide will know where the best places to see wildlife are.

We’ll start the day after breakfast in the Serengeti’s heart. Because the Serengeti’s animal population is so diverse, visitors are likely to see lions, leopards, elephants, cheetahs, water buffalo, zebras, and wildebeest. In addition, the park is home to elands, hyenas, gazelles, crocodiles, giraffes, zebras, monkeys, baboons, hippos, rhinos, and antelopes.

Don’t worry about the time of year you go on your safari; the Serengeti has animals all year! Following the game drive, a delicious dinner will be served at our Seronera campsite.

Waking up in the Serengeti is a once-in-a-lifetime experience. Africa’s sights, sounds, and smells surround us, and we have a full day of adventure ahead of us. After a delicious lunch, return to the Ngorongoro conservation area for an early morning game drive in the Serengeti’s central plains.

Our afternoon driver takes us back through the breathtaking Ngorongoro highlands, where we’ll have plenty of chances to see wildlife. Tall and graceful giraffes, jumping antelopes and gazelles, powerful African elephants, and the most revered group of animals, predators, can all be seen. You’ll have the opportunity to see lean cheetahs and shy leopards foraging alongside hyenas, as well as the king himself, the lion.

On the rim of the Ngorongoro crater, have dinner and spend the night.

After breakfast, you’ll travel to the Ngorongoro Crater, which has been dubbed the “Eighth Wonder of the World” by some. You’ll quickly understand why this vast, verdant caldera has earned such a high reputation when you see it for the first time from the panoramic viewpoint.

The Ngorongoro Conservation Area is one of the most sought-after safari destinations in the world, with over 120 species of mammals, including the fabled Big Five. It’s a great place to see the endangered black rhinoceros enjoying a solitary meal out on the grass plains, as well as a large number of hippos.

You’ll be able to see some of Africa’s most well-known faces from the comfort of your open-top vehicle. There are many predators in the crater, as well as a large population of wildebeest, zebras, antelope, Cape buffalo, and other animals.

After a picnic lunch at the hippo pool inside the crater, you will leave the caldera in the afternoon and drive to your Tanganyika Wilderness Adventure Lodge for the night.

You will travel back to Arusha after a leisurely breakfast, arriving around midday. You’ll be dropped off in the heart of the city or at the airport.

There is no place to stay.

Breakfast and Lunch are included in the meal plan.

The tour has come to a close.

Additional lodging can be arranged for an additional fee.